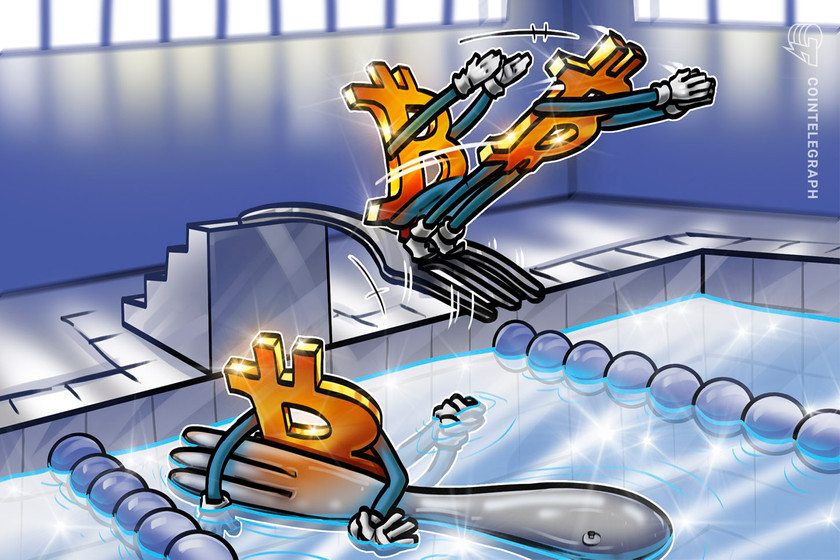 The Bitcoin (BTC) network successfully activated the Taproot soft fork following a 90% lock-in consensus from miners and mining pools between blocks 709,488 and 709,632. The milestone signifies the first major upgrade for Bitcoin since August 2017, which saw the launch of Bitcoin’s leading layer-two solution, the Lightning Network and Segregated Witness (SegWit).

The Taproot upgrade aims to improve the scripting capabilities and privacy of the Bitcoin network. To do this, the soft fork introduces the concept of Merkelized Abstract Syntax Tree (MAST). According to a Taproot-dedicated website run by prominent Bitcoin developer Hampus Sjöberg:

“[MAST] can help make smart contracts more efficient and private by only revealing the relevant parts of the contract when spending.”

Speaking to Cointelegraph, Sjöberg pointed out that Taproot activation shows that Bitcoin can do network upgrades again, which is extremely important for the longevity of the Bitcoin network. “I think that’s the greatest win,” he added.

Sjöberg, who is also a developer of a Bitcoin Lightning wallet Blixt Wallet, believes that the Taproot upgrade allows exploring off-chain capabilities, as to not put too much burden on the Bitcoin nodes of the network.

Taproot is a 100 years softfork.

Merging every contract and use-case under a single transaction type “Pay to Taproot” will in the long-run yield a more fungible and robust blockchain.

“One of the things that were discussed in the meeting was whether it’s best to upgrade Lightning in small iterations or do it as one big package.”

Moreover, Sjöberg explained how payment channels under normal circumstances can be made indistinguishable from normal transactions using Taproot for the Lightning Network:

“It’s not possible to tell if a Taproot transaction is just a normal payment or if it belongs to a Lightning channel. This is important for the fungibility and thus the censorship resistance of Bitcoin.”

Taproot’s successful activation is attributed to Speedy Trial, a soft fork deployment method that requires 90% of the miners to signal the deployment of the upgrade. As explained by Sjöberg, “the signaling method works in periods of 2016 blocks, meaning that within a 2016 block period, 90%, or 1815 of the 2016 blocks have to signal for readiness.”

Back in June 2021, the Bitcoin miners achieved a 90% consensus for the first time and Sjöberg tweeted the announcement:

WE HAVE LOCK IN! #Bitcoin #Taproot

However, the Taproot upgrade also marks the end of Speedy Trial deployments and future upgrades to the Bitcoin network will require provision for new soft fork deployment methods. “Taproot opens a world of possibilities, but the first thing I personally would like to see is a “MuSig 2″ transaction.” Sharing advice for fellow Bitcoin developers, Sjöberg said:

“While we should not take anything for granted in Bitcoin, I personally would like to eventually see “Cross-Input Signature Aggregation” as a future soft fork for Bitcoin.”

In Bitcoin’s near 13 years of existence, the Bitcoin network has undergone numerous community-driven hard and soft forks. While the Taproot upgrade is yet to prove its worth in time to come, the Lightning Network continues to attain new heights.

On Sept. 28, the Lightning Network witnessed a 160% increase in the number of nodes in the span of 12 months in addition to seeing a jump of 170% in the number of channels since January 2021.