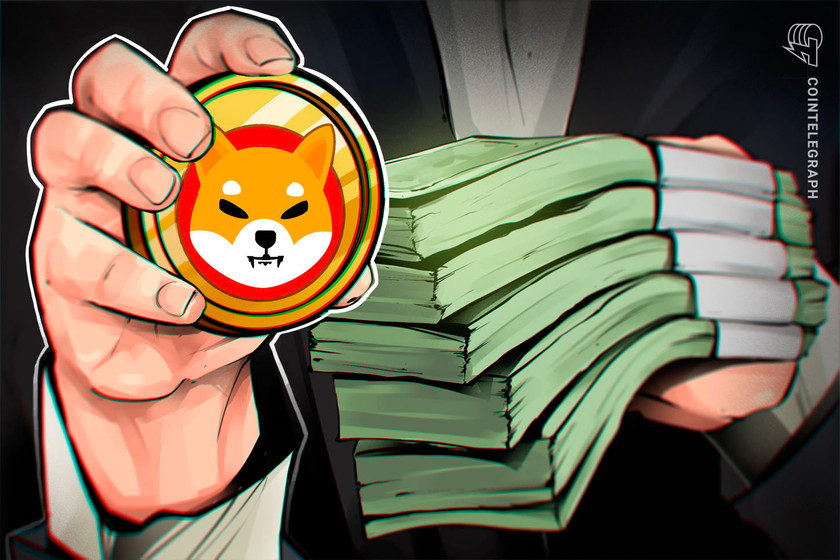 An address with the foresight to purchase $3,400 worth of Shiba Inu (SHIB) last August has seen the value of the coins grow to a whopping $1.55 billion today.

After the wallet address was shared on Twitter, user “Untraceable” questioned whether the SHIB market was liquid enough to “absorb $5.7 billion if this wallet sells?”

According to Etherscan, the anonymous SHIB hodler purchased the dog-themed token on nine occasions in August 2020, spending a total of $3,400 worth of Wrapped Ethereum (WETH) that month.

According to data from CoinGecko, the total market cap of SHIB is now worth $40.3 billion. The asset’s mammoth 1063% gain in value over the past 30 days has seen SHIB oust the beloved Dogecoin (DOGE) it was modeled on as a top ten ranked coin.

At the time of writing, SHIB is currently ranked ninth with, while DOGE is sitting at eleventh with a market cap of $31.6 billion. The flippening of DOGE has sparked a new meme online in which people are calling Dogecoin a “boomer meme coin.”

Is doge a boomer coin now?

Earlier today Cointelegraph’s market team reported on three reasons behind the bullish momentum of SHIB, pointing towards an increase of user access via listings on multiple crypto exchanges, the launch of the Shiba Inu’s own NFT project dubbed “Shiboshi’s,” and surge in futures open interest (OI) on multiple exchanges including OKEx, FTX and Huobi.

While SHIB has seen a meteoric rise of late, DOGE’s appreciation fails to match up in comparison, with the elder memecoin gaining a mere 18.5% over the past 30 days to sit at $0.23.