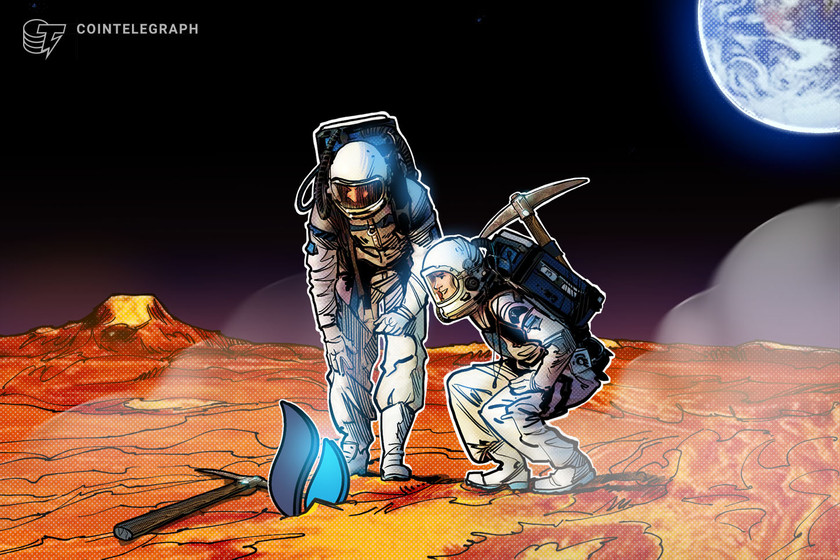 Huobi Group, a major global blockchain company behind the world’s third-largest cryptocurrency exchange by trading volume, is celebrating its eighth birthday in a somewhat unusual way.

The company will hold a series of events as part of its eighth-anniversary celebrations, including giveaway promotions and a space travel ticket, Huobi told to Cointelegraph on Wednesday.

Huobi will hold a contest that will offer one lucky winner an experience to literally travel into space. All Huobi Global users across the world are eligible to participate in a free contest, but there are certain limitations.

“There are still health requirements that have to be passed in order to go to space, but these details will be revealed at a later point,” Jeff Mei, director of global strategy at Huobi Group, told Cointelegraph.

The company declined to disclose what space agency will provide this space trip for Huobi, or whether it will happen through a private firm such as Jeff Bezos’ Blue Origin or Elon Musk’s SpaceX.

“The message we’re trying to send with this contest is that the concept of space is open to everyone, and this reflects the openness of cryptocurrencies and Huobi’s platform,” Mei added.

Continuing until late November, Huobi’s anniversary celebrations will also include the company’s annual online forum, the Huobi Summit 2021: Blockchain and Beyond. The event will take place on Monday, featuring panel discussions with industry experts alongside government officials.

The list of speakers will include Alan Greenspan, a former chairman of the United States Federal Reserve. Greenspan will discuss global inflation as many investors have turned to cryptocurrencies in search of higher yields.

Greenspan is known as a major proponent of Bitcoin (BTC), comparing Bitcoin to that of the early form of money in the U.S. called the “continental currency.” He also criticized the idea of the central bank digital currency in 2019.

Huobi Group co-founder Du Jun noted that the company will continue to expand its global footprint to introduce innovative products and localized services, starting with markets in Turkey and Brazil. To reinforce its global expansion, Huobi is looking to have increased its global headcount from 2,300 employees to 3,000 by the end of 2021.

Huobi was recently forced to exit China after the Chinese government enforced another major cryptocurrency ban in late September. As of mid-October, Huobi’s businesses operated outside of China and amounted to around 70% in terms of trading volumes and revenues.