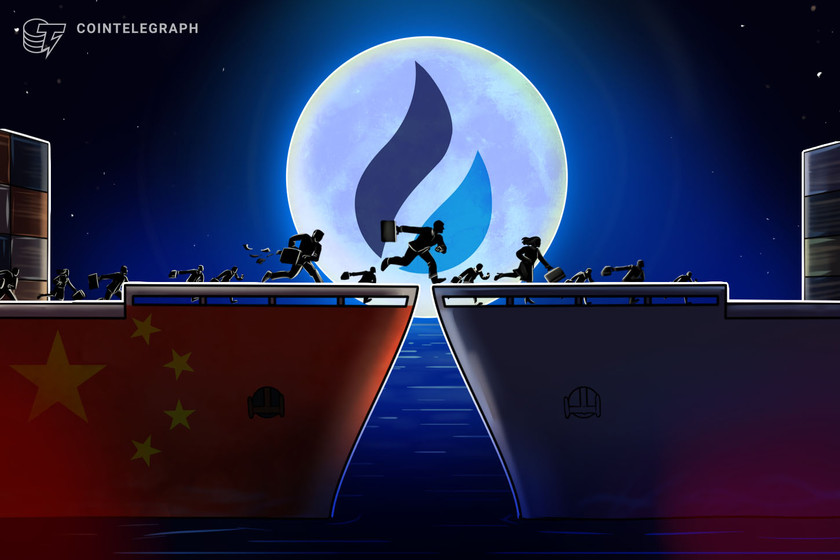 Earlier this month, the cryptocurrency exchange announced on its website that it would settle all futures contracts and other derivatives activities for all Chinese consumers on Friday as part of the larger plan to cease operations in the country.

According to previous announcements, Huobi, China’s largest exchange, will today completely shut down futures, contracts and other derivatives functions for all Chinese users. https://t.co/TNx4CvrzJ7

Huobi was the first exchange to announce that it would withdraw from mainland China due to the Chinese government’s persistent refusal to lift its Bitcoin (BTC) ban. On Sept. 24, the largest cryptocurrency exchange in China held a shareholder meeting, at which time the company’s shareholders unanimously decided to leave China and withdraw its operations.

As reported by Cointelegraph, Huobi Group co-founder Du Jun has vowed to secure all crypto assets for Chinese accounts before permanently shutting down by Dec. 31.

Following Huobi’s lead, other cryptocurrency-related platforms and firms such as crypto mining pools and mining equipment manufacturers adopted the same strategy. This list includes Binance, BTC.com and Bitmain, among others. Crypto exchange CoinEx announced its withdrawal from China, and Renrenbit — set up by the “OTC king” of China, Zhao Dong — is also shutting down operations.

The exodus is the result of a government effort that began in late September when 10 Chinese authorities — including the Ministry of Public Security and the Supreme People’s Court, as well as the country’s main bank — announced a blanket ban on cryptocurrency trading.

Speaking at the Code Conference in Los Angeles in late September, Elon Musk, CEO of Tesla, said he thinks that crypto is on the verge of eroding the Chinese Communist Party’s power. As a result, the government’s crypto ban is set to continue.