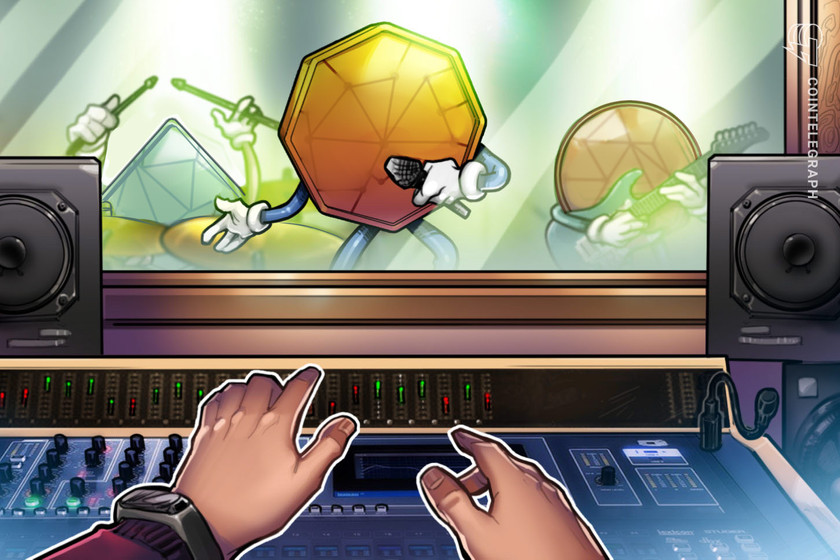 A virtual band made up of four expensive cartoon apes from the Bored Apes Yacht Club NFT collection is hoping to become the next big hit in the music industry.

The primate band called KINGSHIP will put out music, perform in the metaverse and release plenty of NFT collectibles. It takes inspiration from Gorillaz, Damon Albarn’s cartoon band.

Major music label Universal is backing the unique act and KINGSHIP will join its stable of artists alongside Billie Eilish, Queen, Taylor Swift and Nirvana.

The highly collectible 10,000 NFTs in the Bored Ape Yacht Club have been fetching increasingly expensive prices this year. Last month more than $95 million USD worth of Bored Ape NFTs were sold, for an average price of $170,000.

KINGSHIP’S band manager Nicholas Adler told Cointelegraph that his team wants to “be leaders in the way that musicians and artists engage in Web3.” Adler also manages Snoop Dogg.

“There’s a lot of musicians that are in the NFT space, they’re engaging, they’re buying NFTs, or they’re doing basic art drops, but no one’s creatively released music yet.”

The four apes in KINGSHIP belong to earlyy collector Jimmy “j1mmy” McNelis, who recently sold another one of his Bored Ape NFTs for an eye-watering $3.4 million at a Sotherby’s auction.

Adler told Cointelegraph that he had known McNelis on a personal level for about a year before he was approached by Celine Joshua, the founder of 10:22PM, Universal’s “next-gen” label. He says Joshua has a knack for signing “very innovative acts”, and calls 10:22PM a “web three label.”

“They’re willing to really kind of break the mold and do some stuff that’s non-traditional,” Adler said.

After connecting with Joshua, Adler suggested that they go into business with McNelis who owns almost 80 Bored Ape NFTs.

“When she and I connected it was really kind of perfect timing,” he said, “Because we didn’t have to go and buy whatever ape we could get our hands on, we could pick from a really interesting and amazing vault.”

“The most important thing for us was to develop a really strong narrative around these apes. The goal is to flesh it out. Who are these characters? What is their backstory? What motivates them? What instruments do they play? Who’s featured?”